We had a great time meeting all the attendees at Social Tools Summit 2015! With great panelists and speakers like Neal Schaffer, Michael Brito, and Shino Tanaka, there were a LOT of insightful lessons to take in. Don’t worry – we took notes 😉

To kick off the Summit, we chatted Enterprise Social Media Management with Bank of West, CA Technologies, Cisco, SAP, Xerox, and Compelum. The theme here was scale, scale, scale. Enterprises of a certain size need to make use of robust platforms with consolidated analytics.

Even with the wealth of tools out there, the Summit agreed that it will always come down to the people behind the tools. If they’re the end user or the manager, it’s important to remember that authenticity is everything. Tools can only do so much! Our friend Neal Schaffer said it best:

The Analytics chat also had something to say about the people behind the tools. Social listening was the big takeaway here, and tools can’t always offer the insight that a human can when it comes to analytics. Tools provide the data, humans provide the insight.

It's not about the engine (tools). It's about where you can take the car. There has to be strategy/intention – @NealSchaffer #socialtools15

Next up, the employee advocacy panel! Our CEO Ivan Tsarynny was in great company for this chat, and we’re happy to report that this wasn’t the only panel where employee advocacy was a major point of discussion. The bottom line here was to build up your employees. No one likes the idea of being told what to say, and employees deserve to have their own voice when spreading the word about your brand.

Offer employees tools and not rules, let them determine how they should share content on social media. Don't dictate. #SocialTools15

After great closing discussions on Social Selling and the Business Value of Social Media, we went to network the night away. It was great to meet some new friends 🙂

Day 2 was just as lively and informative as Day 1, and we kicked it off with a panel discussion around Content Marketing. Jacob Warwick of Xerox had some valuable tips for attendees:

The conversation took a natural turn into Employee Advocacy. Panelists agreed that a strong content strategy should always include employees using their own voice to showcase their employer.

After an interesting discussion on the future of Visual Social, we moved on to the topic of Influencer Marketing. We were overjoyed to learn that the panel firmly believed that there is no substitute for genuine human interaction. Purchased influencer lists and tools can never replace an authentic, mutually beneficial relationship.

"An influencer is someone who helps you make decisions." – Pedro Rojas @SeniorManager. Grt definition: simple, that's it. #socialtools15

Michael Brito then took the stage for what was an amazing keynote on the relationship between analytics and storytelling. Lucky for you, Mr. Brito has kindly uploaded his deck here. The Summit was highly impressed with the wealth of knowledge that @Britopian shared:

Next up: Social Selling and the importance of involving your sales team in your content strategy. Koka Sexton of LinkedIn had some great insight to share here around the relationship between sales and marketing.

Brian Mahony of Trender Research and Compelum led us through a keynote discussing tools integration. Adoption was the central focus of this discussion, and Brian consistently delivered sound advice for integrating tools into social media strategies.

Seems to be an overarching theme here at #SocialTools15: Humans and tools need to work harmoniously! @Compelum pic.twitter.com/YaeiXaX4x0

We then took in a great discussion on Customer Service on Social Media. The Panel was in agreement that customer support needs to be integrated throughout the buyer journey. Content and active social listening is the most holistic way to approach customer support.

Engagement marketing is an interactive opportunity with your customers. Love that, @ShaneMcLaughlin! #SocialTools15

The night closed off with a lively panel on Engagement Marketing and Campaign Apps. But that’s not where the excitement ends…

Yep, that’s right – we won the award from Social Tools Summit attendees for “Best Fit.” What a compliment!

Beaming with pride and hearts full of gratitude as we take home the Best Fit Award from #SocialTools15 🏆THANK YOU! pic.twitter.com/CaUJlwxBVS

Thanks to all who attended (in person or online) and engaged with us. Until next year, #SocialTools fans! 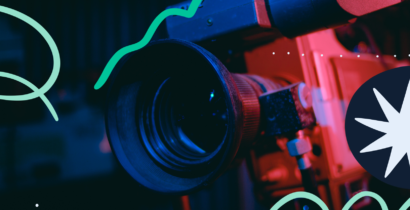 What video content truly increases your social media reach and… 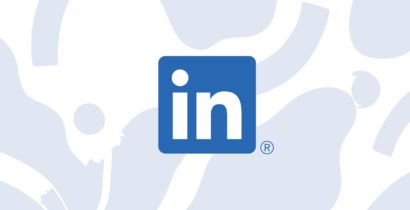 With over 30 million companies on LinkedIn and 675 million… 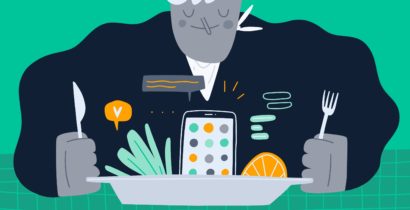 Social Media Etiquette For Employees: Where to Start?

Social media etiquette for employees should be a prominent piece…